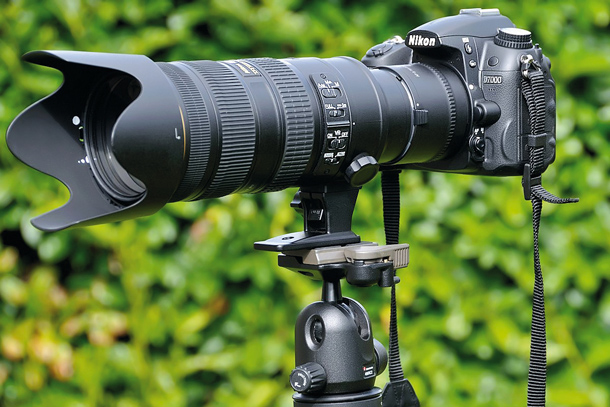 A Teleconverter is not a separate lens in itself, but an additional accessory for the lens, which must be installed between the camera body and the existing lens to increase the focal length of the lens. Teleconverters have different multiples, 2X generation plus table increases the focal length of the lens by 2 times. A 200mm lens with a 2x teleconverter can produce the same viewing angle as a 400mm lens, and it is cheaper than buying a true 400mm telephoto lens, and it is also more convenient to carry. Of course, there are gains and losses, because the structure of the teleconverter is composed of multiple groups of lenses, like an ordinary lenses, the quality of the image will be reduced after installation. In addition, the focus speed of the lens will be reduced, and the maximum effective aperture value of the lens will be reduced. For example, 1.4x will reduce the maximum effective aperture value by one level, and 2x will reduce it by two levels.

How should I choose a teleconverter?

In addition, general teleconverters are divided into 1.4x, 1.7x, 2x and so on. Many people just seek higher multiples, and ignore their needs. For example, if you do not need to use a 400mm focal length, you should not buy a 2x teleconverter for a 200mm lens. As mentioned before, a higher power teleconverter will reduce the sharpness and focus speed of the image. Especially the focusing speed, because the addition of a teleconverter will reduce the maximum effective aperture value of the lens, especially in low-light environments, the lens may have a focus (that is, cannot be compared). Also, pay attention to the focusing system of your own camera. Some entry-level cameras have a chance to fail to focus when the maximum effective aperture value of the lens is lower than f5.6 (such as F8). For example, when a 300mm f/4 is equipped with a 2x teleconverter, the aperture will be reduced by two levels, becoming f/8, so the camera cannot focus automatically. Therefore, when buying, you must be know what you need it for and buy a suitable teleconverter. 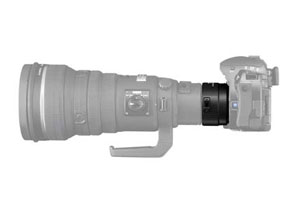 The black part above is the teleconverter

Do you need a teleconverter in the digital age?

Today’s entry-level digital cameras also have at least 10 million pixels, and even high-end ones have 20 million images. In fact, as long as you use a photo editing software (such as Photoshop) on your computer to cut the parts you need, the angle of view taken with a teleconverter is similar. Although the resolution of the photo will decrease, it is a good choice.